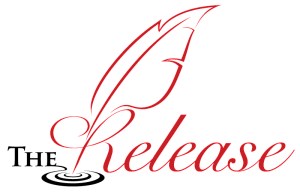 It’s early in the morning, the gym is cold and the lights are on. One, two, three dribbles and then silence. The ball flies through the air, into the basket and onto the floor, creating the empty gym’s only sound. The daily ritual continues. Coach retrieves the ball, walks back to the free throw line for another shot. He blows into his hands and rubs them together for warmth. He steps up to the line: one, two, three dribbles. Each bounce echoes through every vacant seat, to the high vaulted ceiling, around the brick walls and back to the unforgiving floor. He visualizes the ball going in, bends his aging knees and shoots. Forty six out of fifty: not bad, he thinks, but he can do better.

The leather ball smells like high school, like Saturday nights and teenage anticipation of what might happen at the after-game party. Who’s going to be there? The familiar smell extracts sweaty memories of past games: that game. That game, a razor sharp knife that sliced his life into equal halves: the time before and the time after. He steps up to the line. Coach dribbles the ball three times and eyes the front of the rim, and visualizes it going in. He shot 96% at the line his senior year. This was cake, automatic. There were two seconds left, his team down by two. The State High School Championship was at stake against Cedar Heights, the team that had beaten his school last year in the same game. It can’t happen again. Focusing on the rim, he imagines the ball going in the net. The talented athlete bent his youthful knees, careful to transfer energy up his body, through his arms, to his hands and out his fingers in one graceful motion. The ball felt his skillful strength and obediently flew up into the air and down into the net. They were down by one.

The crowd cheered wildly. One more free throw would send the game to overtime. His girlfriend Lisa sat on the front row behind the player’s bench as always. He caught a glimpse of her bright blue eyes shining proudly. She gave him a wink and a thumb’s up, yet smiled nervously. He heard his mom cheering from somewhere in the stands. The crowd was chanting his name. He loved to hear it. The referee handed him the ball. He stepped up to the line, dribbled the ball three times and focused on the rim.  Every eye was watching, every breath held. The air seemed sucked from the gym, the tension palpable. The crowd with wide eyes and hopeful faces was silent as the ball flew through the air, in what seemed like slow motion. It hit the left side of the rim, hit the right side, and bounced off. Cedar Height’s rebounded. The game was over.

The sun rises slowly, casting its comfortless beams on the bannered wall showcasing county and regional titles, but no state championship.  Shadows creep across the friendless gym floor. Coach steps up to the line, bounces the ball three times and focuses on the rim. “Visualize it going in,” he whispers to himself. “See it going in.” If he hadn’t looked to the stands, maybe he’d be a champion. He can still see Lisa sitting there, in this very gym. Was it her nervous smile? It shouldn’t have mattered. He bends his old, sore knees, releases the ball from his tired fingers. It soars through the air toward its destination. He slowly retrieves the ball and steps up to the line for one more shot.